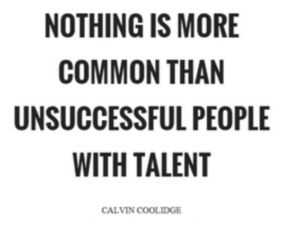 IF YOU WANT TO BE SUCCESSFUL – DON’T DO THESE THINGS

Most of us really enjoy reading articles that discuss the habits of successful people. They can be the catalyst for self-reporting and correcting behaviors that may not be helping us move forward. However, the problem with those types of articles is that they give you conditional promises. Sometimes you have to be in the center of a perfect set of circumstances in order to achieve what you want to but because the planets are not aligned – now is not the time for success – and you remain where you are. I am a big believer in perseverance so, I still believe that we need to work each day to give ourselves our best chance at greatness.

One of the things I do on my path to great performance each day is – I make it a point to meet new people and talk with strangers. The experiences and information we receive by opening ourselves up to new people and perspectives can help shape our futures. It’s not everyone that can have an impact on us but when we find the right person and listen carefully we can learn some truly invaluable and important lessons.

A few weeks ago I was in Niagara Falls, NY and met someone who turned out to have an incredibly positive impact on my perspective on things. My sons and I were just in for the day visiting the Falls as we had never been there. It was a hot day and we stopped by a small convenience store for water. Mr. Singh was the owner of this store and during conversation he explain he was was originally from Punjab, India. We started talking about how he ended up in Niagara Falls and why he was still there as his family had moved north to Canada and opened businesses in that country. During our conversation he shared with me something so fundamental, but important, that my children and I spent most our flight back to Nantucket deep in conversation about it. He explained that focuses each day on hard work “”to avoid being unsuccessful.” He said he always told his children – one of whom is studying for his third masters degree – that you should always be cognizant of what makes you unsuccessful, miserable, broke, overweight, or ignorant. And then, use that knowledge to eliminate those things and any patterns that support those things from your life.

Focus on the positive and drown out anything that doesn’t help you feel positive and motivated. But…you have to know what the dangers are in order to avoid them. Over the course of the last three week I have been compiling notes of things that lead to complacency and qualities that are shared by unsuccessful people I have encountered. Though these certainly aren’t all of them – it’s a start to build awareness:

They Spend Time With People Who Lack Enthusiasm Or Motivation: In other words, they spend their time with losers. If you spend time with people who are zero-charisma and  uninspired – you’ll become that person. Applying this analogy to those who have vision and ambition and you will find you will have a lot in common and you will even keep each other motivated towards your goals. You want to be in great shape? Hang out with healthy, strong, driven people who are in great shape. People feed off each other’s energy. Choose your friends wisely.

They Choose To Be Miserable: These are people that hate everything and kvetch about everyone around them. They especially dislike those that are doing well in their lives and who go after things that make them happy. Show people some love, show people kindness – it won’t kill you. This is one lesson I always talk to my sons about…even if you dislike someone find the one thing that you can hang on to that is a positive. Keep that in mind in all your interactions. You don’t have to like everyone or be friends with everyone but you do have to treat people with civility and kindness because it’s the right thing to do and it speaks volumes about you. People who choose misery are unable to be happy for anyone or anything. They are victims of their attitudes and choices and they marinade in their miserable existence each day.

They Are Consistently Distracted: They aren’t usually great listeners. They typically have their face buried in a phone looking at social media or responding to texts and tuning out those around them.  They don’t focus on what it takes to be successful. Instead choosing to live through excuses that they aren’t lucky or the universe has it out for them. They don’t pay attention to the opportunities that are presented because they are busy being average.

They Don’t Listen: Piggybacking on my previous point, unsuccessful people are usually only interested in themselves. Yes, we all should love ourselves, but if you’re unsuccessful, you only love yourself. We listen to others because we care about them and listening is a way of showing that we revere them. How else can you show you care? Everyone can give a handshake or a hug, but not everybody calls you just to ask “How are you?” and truly cares about your response. Unsuccessful people ask the question and hope for a quick platitude response so they can launch into talking about themselves.

They Refuse To Develop Themselves: The greatest beauty and excitement of life lies in new and novel experiences. Opening yourself up to things you didn’t realize were possible. Embracing opportunities to grow and learn. Unsuccessful people are lazy and complacent when it comes to almost anything in their life outside the pedestrian activities that they have to perform in order to survive. We live in the most exciting time in history to learn new things and connect with people wildly different from us. Today, we  – all of us – can be anything we want…we just need to learn how to do it.

They Are Quitters They may have a moment where they decide they want things to be different but when they encounter the first difficult moment or impediment – they give up. They don’t possess the moxie to push past the challenge or the failure and try again. There are few things worse in this world to be. 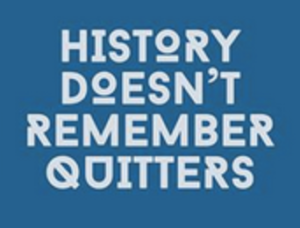 They Are Not Nice: In both the personal and professional lives we lead there are still people that think it’s okay or even humorous to be a total jerk face. Unsuccessful people embrace this quality and are – frequently – rude, disrespectful, liars, and bores to those they don’t understand. Smart people need people in their lives but unsuccessful people are uncomfortable with anyone who doesn’t subscribe to their bromidic and lackluster life philosophies.

They Are ALL Talk & Bluster: They talk about what they could do under different circumstances or why they would have been successful but something or someone got in their way. These are usually people who like to talk about all of the trivial things they can accomplish but never have the chutzpah to get off their chair and do anything productive to achieve anything.

Derek Sivers gave a TED talk several years ago called “Keep Your Goals To Yourself”in which he presented scientific research that talking about your objectives is actually counter-productive. Telling people that you want to start your own business and be an entrepreneur and actually have the intestinal fortitude to do it are two very different things.  However, according to Mr. Sivers, “When you tell someone your goal and they acknowledge it, psychologists have found that it’s called a “social reality.” The mind is kind of tricked into feeling that it’s already done. And then because you’ve felt that satisfaction, you’re less motivated to do the actual hard work necessary.” So, average, unsuccessful people feel a sense of accomplishment from simply talking about things they could do – if only…